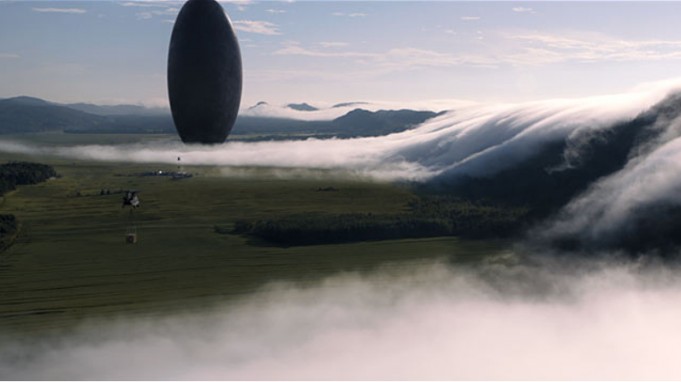 How do you communicate with a truly alien race? Forget the universal translators from Star Trek, the Babel Fish from The Hitchhiker’s Guide to the Galaxy or similar hand waving nonsense from a myriad of space opera adventures; where do you even begin when trying to “talk” with a race who might not even have ears? Who might not see the world in the same spectrum of light as we do? It’s a question that language expert Louise Banks (Amy Adams) is forced to face when twelve alien spacecraft arrive around the world in Denis Villeneuve’s must-see Arrival.

With the 12 “shells”, as the ships become known, hovering all over the Earth, some over slightly more volatile territory than others, Louise and theoretical physicist Ian Donelly (Jeremy Renner) can’t take their time establishing relations with the aliens want. Before they can ask “Why are you here?”, they have to start with extremely basic concepts like the different between “you” and “me” and work their way up from there.

As well as dealing with the pressures inherent in coming face to face with an unknown, alien, life-form, Louise and Ian also have to deal with authorities who think first contact should be as “simple” as translating Farsi and various countries and individuals around the world reacting negatively to the aliens. Many start to question whether the aliens are friendly at all and if they are just here to divide and conquer us.

Maybe they are… you’ll have to watch the film to find out.

All of Time and Space Based upon the short story “Story of Your Life” by Ted Chiang, Villeneuve and his team have crafted a hard science fiction look at the intricacies of first contact (no not that one), through the lens of language, perception, and the human mind.

There are no shortcuts to be had here. Basic concepts have to be shared and understood by both sides before the big questions can be asked, questions like “Why are you here?”.

The answer itself is a fantastic idea that really hits that sweet spot between science and fiction for me.

It may be a cliché to hide the aliens in your very evident alien movie but as with like in M. Night Shyamalan’s Signs, Villeneuve withholds even showing the alien “shells” until Louise encounters them for herself. Despite the astronomical stakes, Villeneuve keeps the focus on the small team of Adams, Renner and those around her, keeping almost everything rooted to Louise’s perspective, and for a very good reason. Adams owns this movie. While I had some concerns about halfway though regarding the filmmakers apparent weakening of her character, effectively stealing the movie from its leading lady, these were quickly dismissed once the film’s master plan became clear. Renner provides a decent foil for her, although he’s mostly there for comic relief.

Forrest Whittaker pops up now and then as the face of clueless authority, but Adams drives the movie.

While it may seem slow at parts to some, I found Arrival riveting throughout. The colour palette may be washed out and the action grounded and realistic, but that shouldn’t imply that Viilleneuve doesn’t show off now and again. Louise’s first sight in person of the shell, with clouds rolling over Montana’s hills is destined to become a sci-fi icon. In the end, the question posed by Arrival is not “Why are you here” but “What do we do now!?”. A thread shared with most of the very best speculative fiction stories.

Catch it before someone ruins it for you. 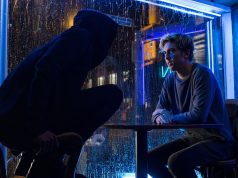 Netflix’s Death Note is Final Destination with a notebook