I just binged watched the entire first season of Attack on Titan and brilliant would be an understatement. Excellent storytelling, fleshed out characters and action sequences that would give you goosebumps.

After watching the first couple of episodes of Attack on Titan I noticed that this series kinda resembles Game of Thrones and to a lesser extent, even Hunger Games. Now whether or not this is purely coincidental, I do not know.

But it did come as a surprise when news dropped that Attack on Titan creator, Hajime Isayama is a big fan of Game of Thrones. Thinking about it, I shouldn’t really be surprised because who on earth isn’t a fan of the greatest TV series of all time.

Interestingly enough, it looks like some Game of Thrones characters will make cameo appearances in the 96th chapter of the Attack on Titan manga. Check it out below. 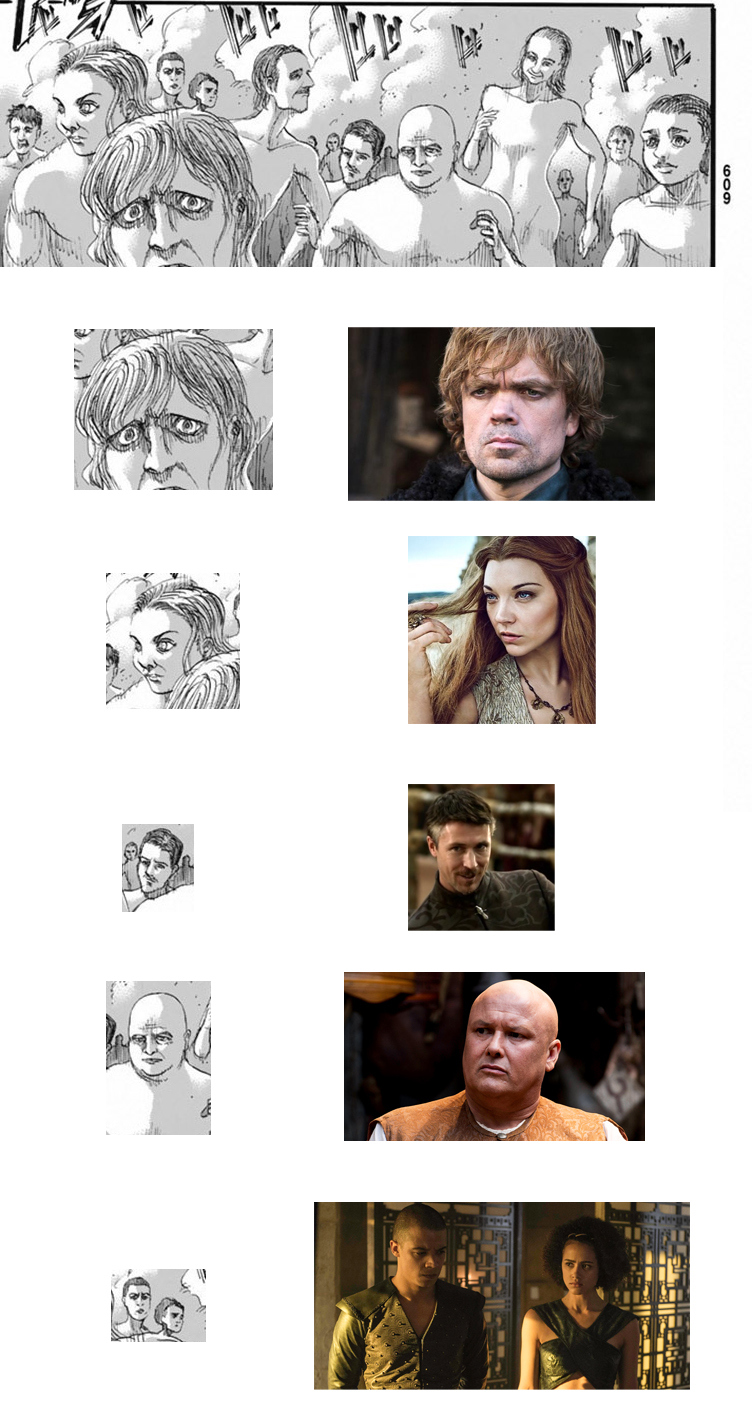 The 96th chapter of Attack on Titan will be published later this week.

Attack on Titan Season 3 confirmed for 2018