New OP song will be performed by a Japanese female pop artist, Aimer while the famous Kalafina will be returning to sing another new song for ED, “Ring Your Bell”. The casting from first cour will be back for second cour, with people like Noriaki Sugiyama (Naruto) making a comeback as hero Shirou Emiya, Kana Ueda (Maria-Sama ga Miteru), Ayako Kawasumi (Nodame Cantabile), Junichi Suwabe (Space Dandy), Nobutoshi Canna (Little Busters!) and Mai Kadowaki (Kodomo no Jikan) as Illyasviel von Einzbern.

Director will be Miura Takahiro (Fate/Stay Night Unlimited Blade Works TV) and producing is by Atshirou Iwakami (A-Channel, Cencoroll) whereas music is handled by Hideyuki Fukasawa. Art director will be Koji Eto and director of photography is Yuchi Terao.

With most of the crews back and lavish production funds, the second cour should be a satisfying and glorious telling of the story that is featured in original blockbuster visual novel hit in 2004. Check out the trailer below:

This should be one of the most highly anticipated series for next season soon. 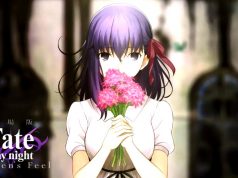