Blocks are about to collide as the upcoming Super Mario mashup makes an official leap into the world of Minecraft: Wii U Edition.While fans have long made blocks in Mario’s image since the dawn of Minecraft, the crossover will be his first official debut in the award winning sandbox game.

For the update, various Super Mario themed content will make an appearance in the Minecraft universe. The mashup pack will include texture packs, 40 different character skins (this includes alter egos, Wario and Waluigi) and 15 musical score from Super Mario 64.

Super Mario mashup pack also includes a pre-made Mario world waiting to be explored, featuring all of the new content. Nintendo revealed that the crossover draws on the entirety of the Super Mario franchise, not just limited to the original Super Mario Bros.

The mashup was first hinted in December as Minecraft made a delayed debut on a Nintendo system. At the launch, Nintendo announced plans for a new content for its fans to be released at a future date.

The Super Mario mashup will be released as a free update on May 17. In addition, Nintendo will also release a retail version of Minecraft: Wii U Edition with the Super Mario content included.

Check out the trailer for the Mashup here. 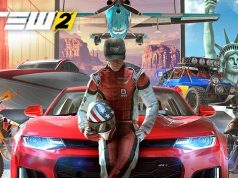 The Crew 2 closed beta is coming this end May